Who is OFRA Cosmetics?

OFRA Cosmetics is not just another makeup company or skincare line. It is a leading manufacturer of professional skincare and makeup. In addition, OFRA is currently the top supplier of beauty kits to over 950 United States cosmetology schools and salons.

With 24 years of manufacturing experience, OFRA Cosmetics – led by Ofra and David – has distinguished itself as an innovator within the beauty industry. By formulating and producing exclusive skin care and makeup products in-house, OFRA does everything from product creation to testing, manufacturing, packaging, and shipping.

Ofra Gaito, a therapist and makeup artist, entered the beauty industry in 1979. During the years she lived in South Africa, Ofra worked in the field of aesthetics. She traveled and completed several courses with well-known cosmetic brands in Germany, France, and United States – including earning her prestigious, postgraduate, CIDESCO course in Johannesburg. The CIDESCO diploma remains the worlds highest, qualifying certification in the field of Esthetics and Beauty Therapy that can be achieved by an individual. As a certified CIDESCO recipient, Ofra analyzes the skin as well as the body and this distinction has positively shaped her cutting-edge, career path.

After the success of her first salon and spa, Ofra opened a second salon and spa which thrived throughout the ‘80s. In the early ‘90s, Ofra expanded business to include products distribution for European cosmetic companies in South Africa, Australia, and New Zealand. This growth increased distribution to over 400 new locations.

By 1994, Ofra and David, created their own line of skin care and makeup products and OFRA Cosmetics was being produced stateside. Ofra and David relocated to the United States in 1998 and opened manufacturing facilities in Ft. Lauderdale. The first OFRA Day Spa and Laser Center soon followed in the spring of 2001 and provides exclusive face, body, and hair treatments using only OFRA Cosmetics Skin Care and Makeup lines.

Today, OFRA is an internationally recognized name in the beauty industry. OFRA has a distinguished client list – including international celebrities, well-known franchises like Miss Universe, Olympic athletes, politicians, judges’ wives, prime ministers, and a variety of other famous personalities.

OFRA inquired with over 20 Event Production Companies and trusted Avenue Event Group to manage their 2018 "Glow Up" Rebranding event in Miami.

OFRA and AEG teamed up to plan and produce the “OFRA Glow Up” of 2018, a milestone event that saw the unveiling of the new logo and direction of the company for the next generation.  Influencers from around the country flew in for this once in a lifetime event at the Perez Art Museum in Downtown Miami. 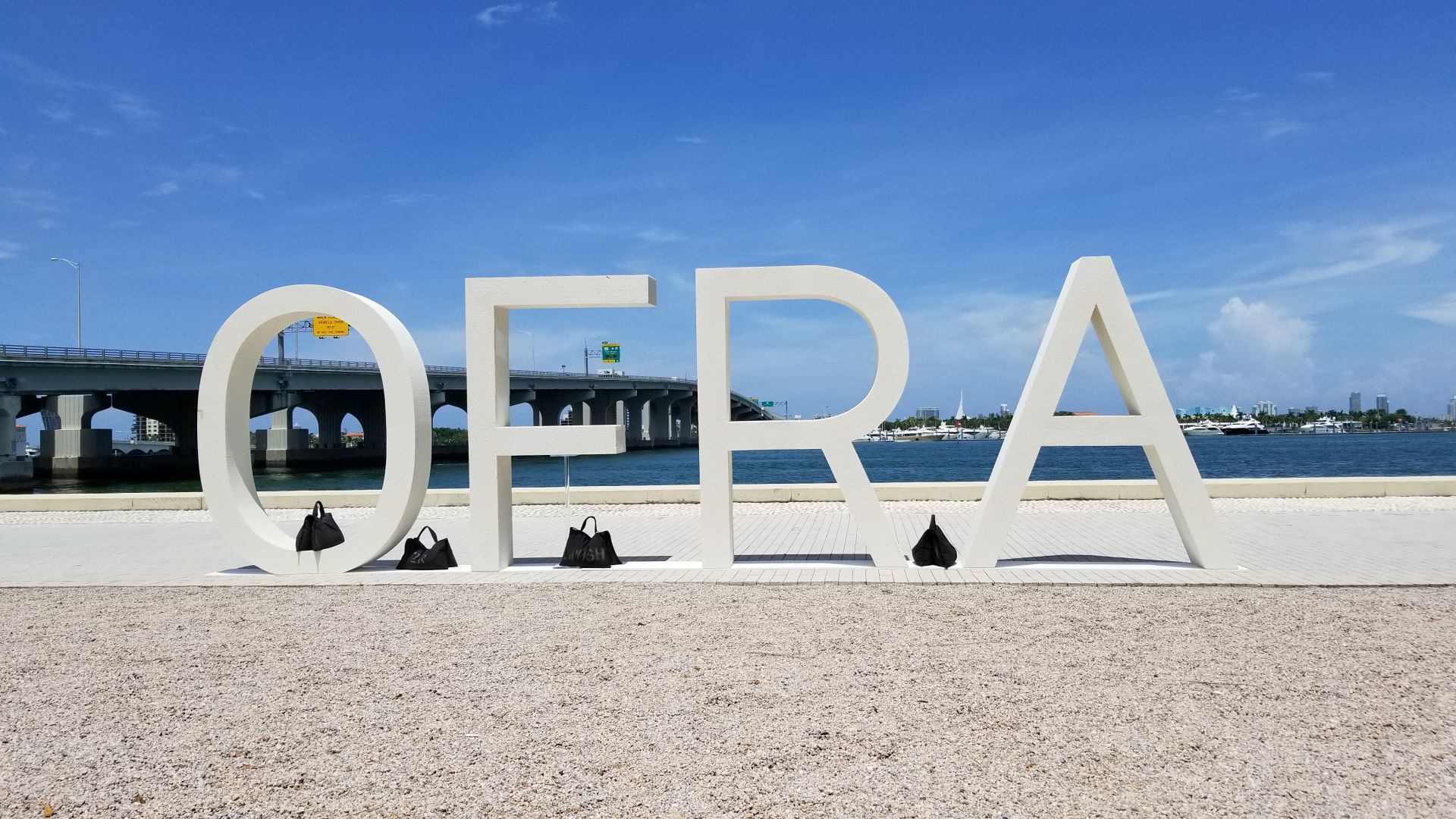 Influencers from around the Country 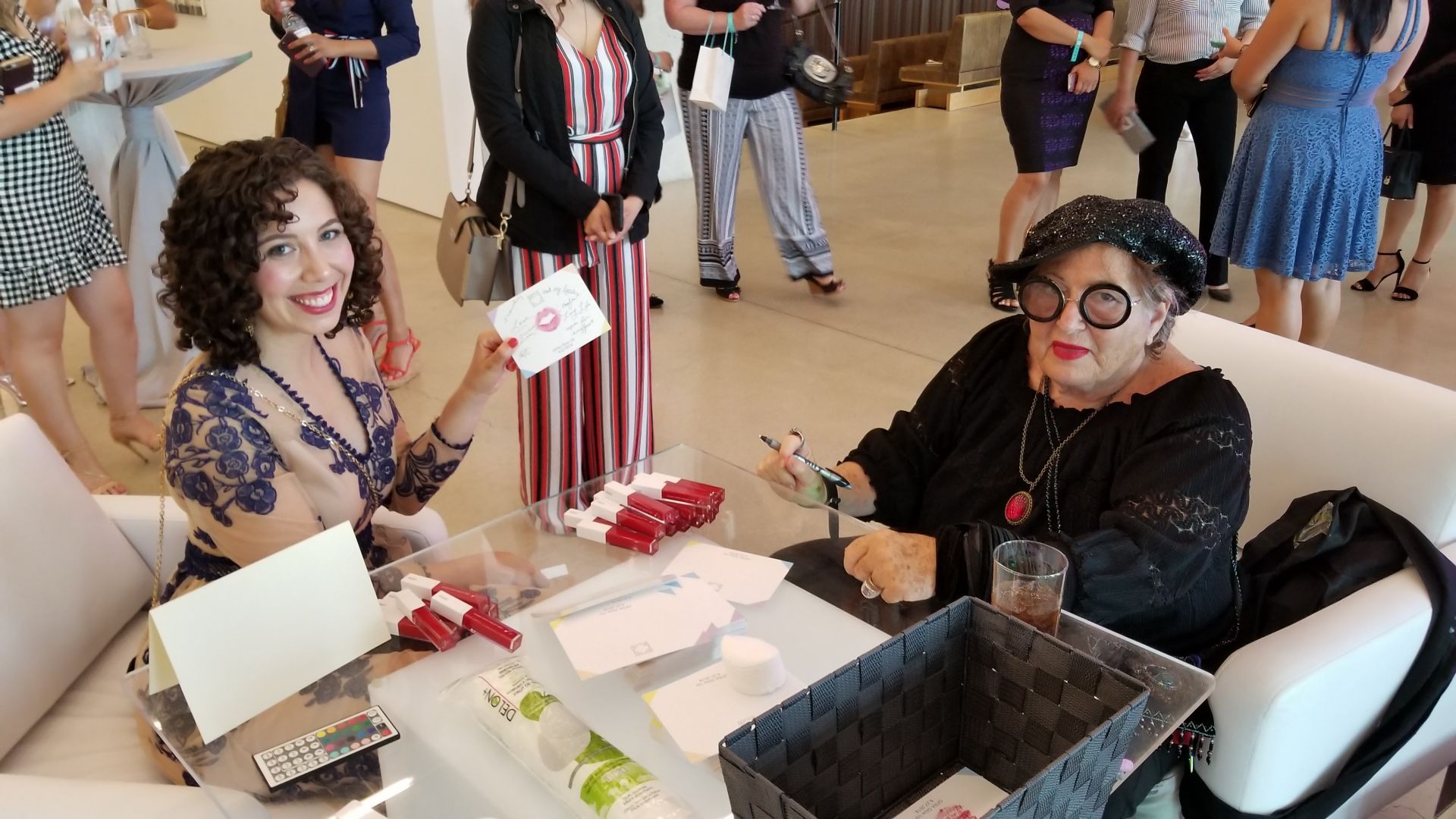 How we contributed to the event's success

Senior Corporate Planner and Managing Partner of AEG – Jill Vance was the lead on the OFRA Rebranding event.  When the OFRA team originally inquired, they didn’t have any event details confirmed, just that the event was to take place in Miami.  They inquired with over 20 top event production companies in South and Central Florida to see who they felt most comfortable with managing this massive milestone event for their company.  After several interviews and proposals, OFRA selected AEG to move forward with planning and producing this epic event.  AEG managed all aspects of the planning process, including selecting the venue, catering, productions, vendors, entertainment and much more.  The event, which took place at the Perez Art Museum in Downtown Miami, turned out to be a smashing success!  Influencers from around the country arrived and the event is still talked about to this day. 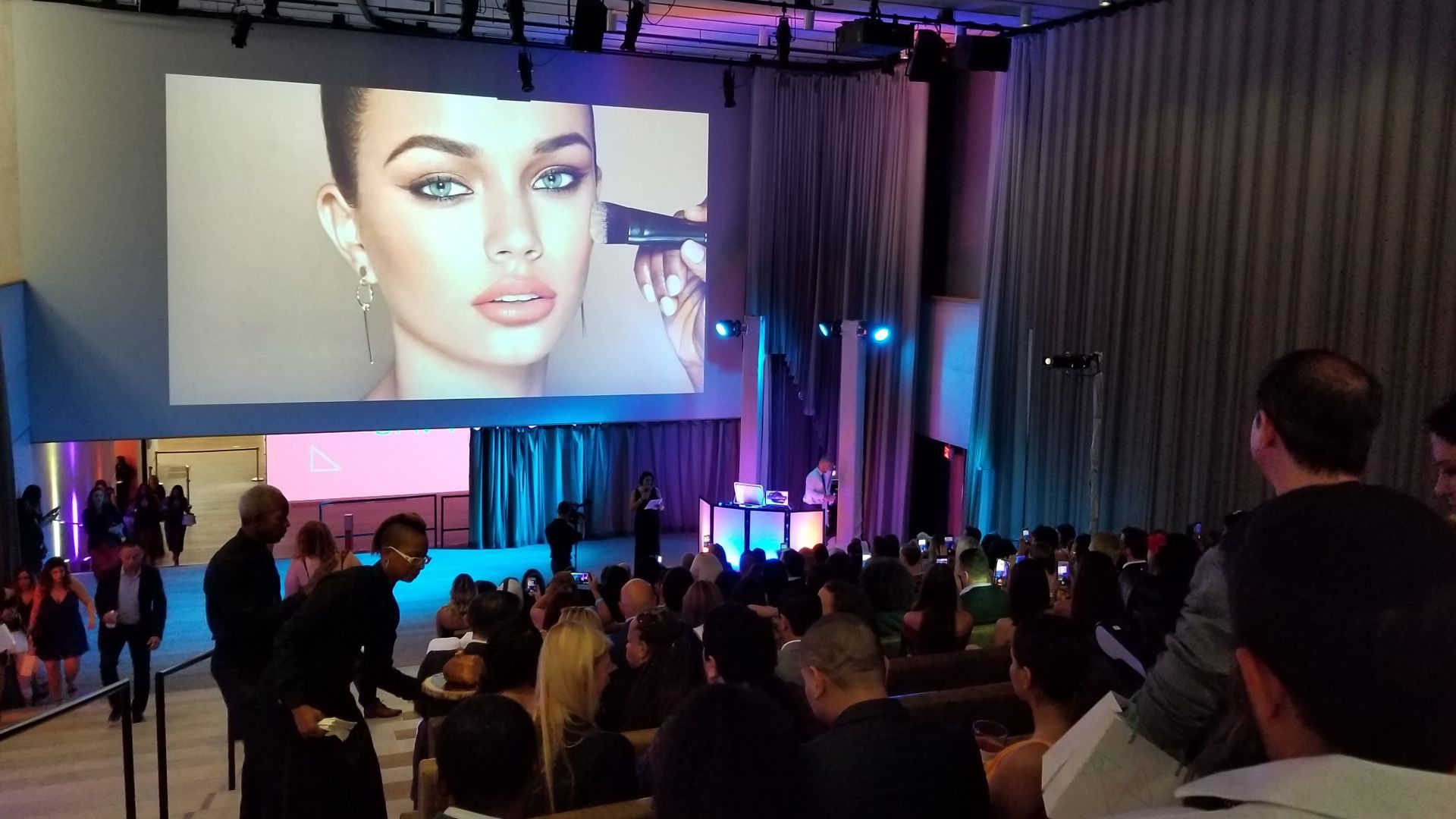 We are Different
Because We are Invested

“I would like to thank you for the excellent organization of our rebranding party. It was a beautiful memorable event and your assistance in this event was vital. We will certainly be using your company in future events.”

With all my love, 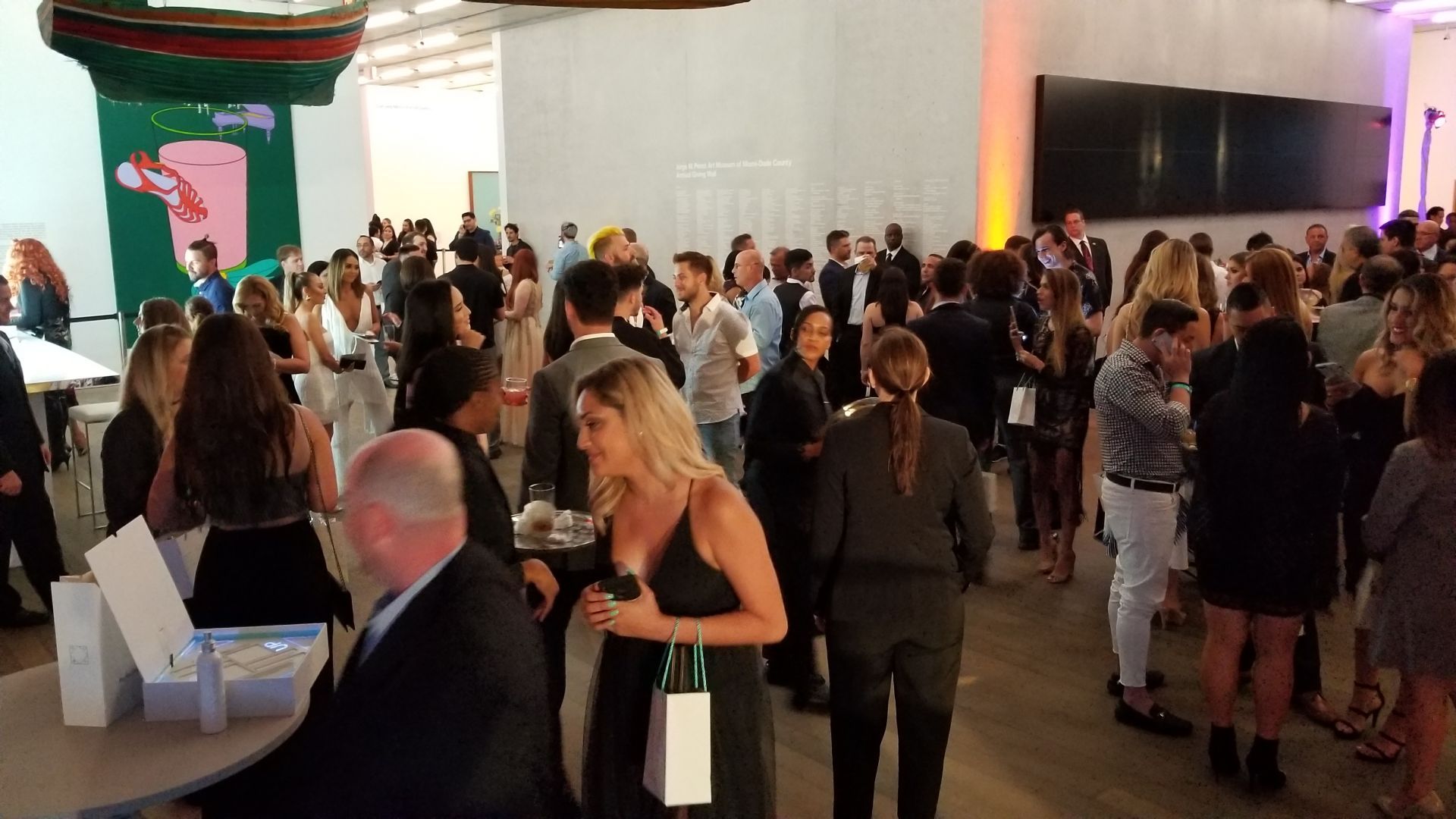 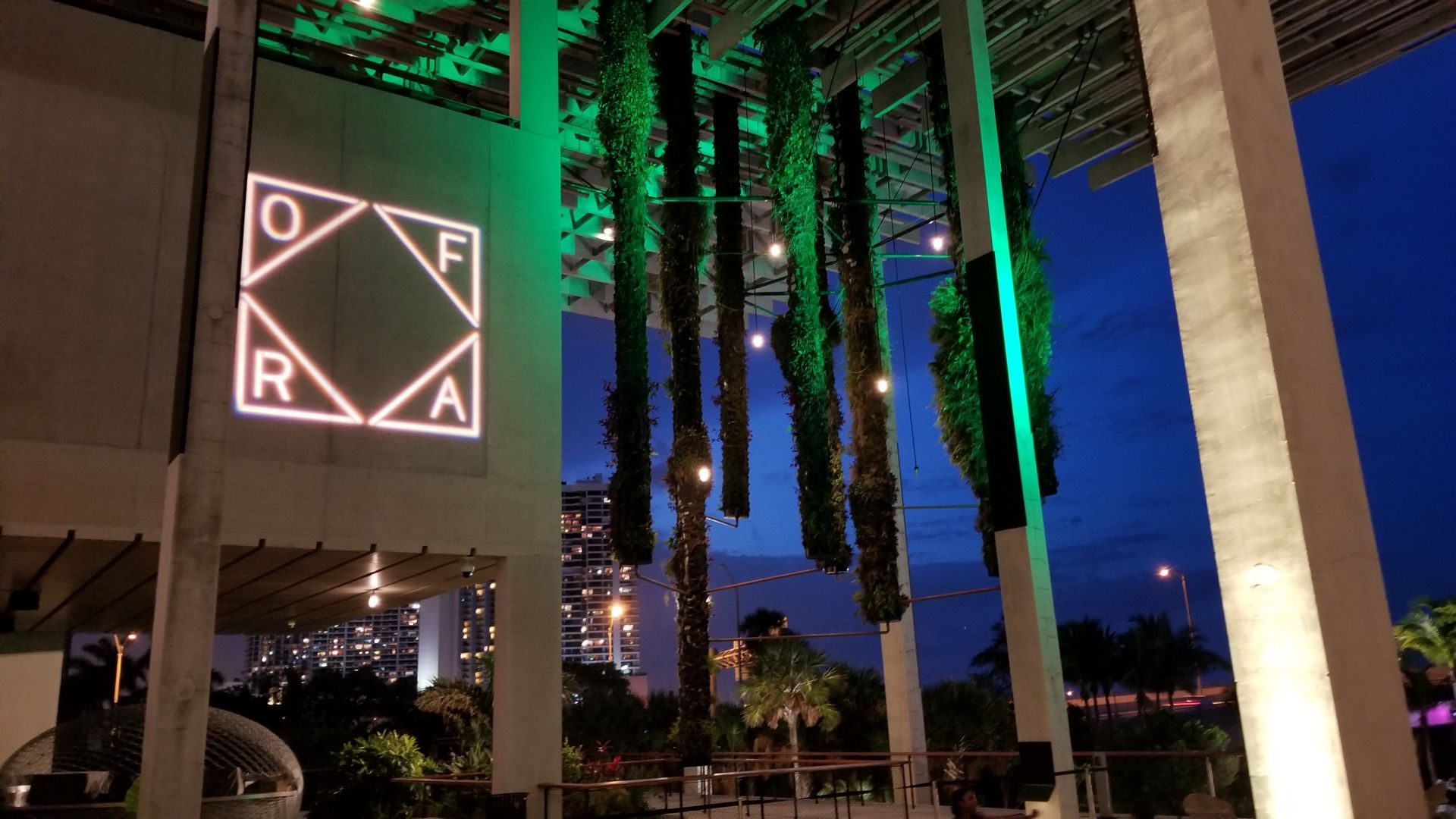 How Can We Help?

#ditchtheballroom
Break the “norm” with our outside the box venues.
Servicing cities across the nation!